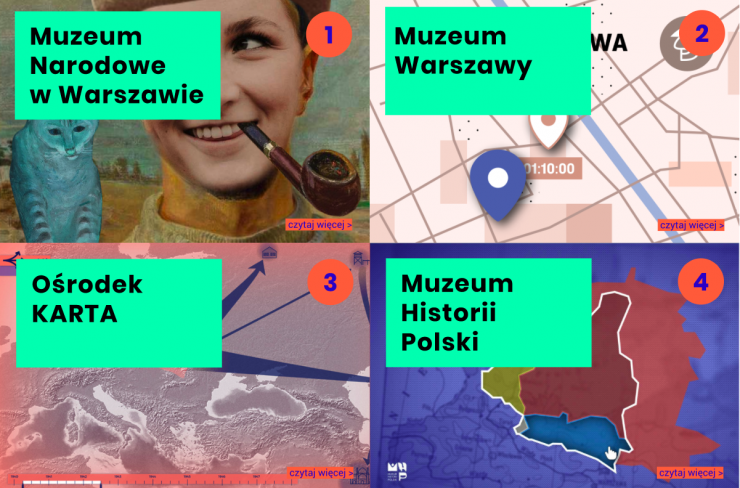 In 2017 teams representing the Museum of Polish History, the National Museum in Warsaw, the Museum of Warsaw and the KARTA Center have been developing digital tools that use digitalized heritage in an attractive, unconventional way tailored to their’ audiences’ needs. In November 2017 you had a chance to familiarise yourself with the projects, and cast your vote on the one you would most like to use!

The effects of the teams’ work are prototypes of mobile and browser games, an interactive map and a tool for creative artwork remixes – all on open license CC BY-SA 4.0. Out of the four, two tools were selected, and the winning institutions will implement them in 2018 with the support of the Open Culture Studio.

The projects are as follows:
As we believe that users are the most important product reviewers, the selection of the prototypes for implementation will be based on a public vote accompanied by a vote of a jury of industry experts and the management of Centrum Cyfrowe.

The competition run from November 13th to 26th.

Winners:
The National Museum in Warsaw: a mobile application Muselfie and The KARTA Centre: a website “The Trails of the Wanderers”
The Partner of the project is the Polish History Museum.

Under the patronage of National Institute for Museums and Public Collections.

Cofinanced by The Polish Ministry of Culture and National Heritage.