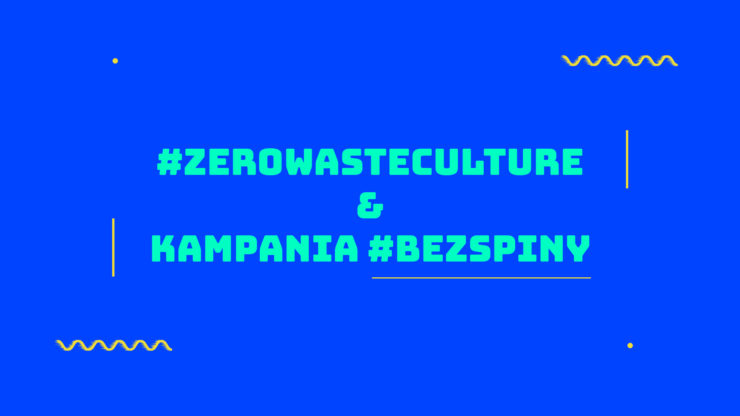 Or: an article about the animations co-created with the School Strike for Climate and the band Kompost as part of the #NoWorries campaign.

During the summer of the 2020 pandemic, Centrum Cyfrowe partnered with the School Strike for Climate and the musical group Kompost to create three viral animations explaining the cause and potential effects of the drought in Poland. The animations appeared on the social media pages (Facebook, Instagram, Youtube) of the organization. In the videos, we made use of graphics available through Creative Commons licenses and the public domain.

Culture, especially pop culture, is based on, reproduces, and sublimates social fears. It’s hardly surprising that people reach for topics about the end of the world and the coming climate crisis. One of the challenges the modern world poses to our culture is not how to talk about the crisis, but rather how to wade through a glut of discussions. The United Nations has developed a list of sustainable development goals that cultural institutions can use to guide their operations and work for the public good, and the Museums for Climate Manifesto likewise discusses these realities. The recommendations include taking control of the waste created by the organization, as well as larger points about ethical management. One example of responsible recommended actions (in the digital sense) for cultural institutions is to avoid overproducing content, and instead partner with other organizations and focus on what your organization can bring to the table in terms of resources, while letting your partner handle their end.

These above-mentioned inspirations led to a collaboration between Centrum Cyfrowe, the School Strike for Climate, and the musical group Kompost as part of the #NoWorries campaign. Instead of creating our own content, which would only compete with information already available, we decided to take part in a different way, strengthening the message of a different organization and including a context that was important to us.

The public domain includes resources (available physically and on the Internet) that can be used without any limitations – these limitations are usually stem from the creator’s economic rights, which expire (in Poland) 70 years after the death of the creator. Along with works available through free licenses, the public domain is a common good, or commons, belonging to anyone who wishes to make use of it. We believe that entering a creative dialogue with the past, making use of its riches – especially artistically – can help us create new and important works that are a direct response to the issues we face today. Making use of open resources to discuss the climate crisis is one such example – it encourages people to recycle already existing resources, and to creatively think about how the past can be material for today’s burning issues.

The videos, whose key frames were created by Ewelina Gąska Studio, and then animated by Tomasz Kuczarczyk, have been viewed over 46,000 times. The #NoWorries campaign, which we are now wrapping up, was aimed at promoting open resources and their ease of use, as well as explaining the ins and outs of copyright law to young creators. As part of our Internet campaign, we also created AR Instagram filters, which transport users into paintings from the National Museum in Warsaw and the National Gallery of Denmark. We sincerely hope that our works will continue to reach users, virally increasing our message of the public domain and the artistic possibilities available.